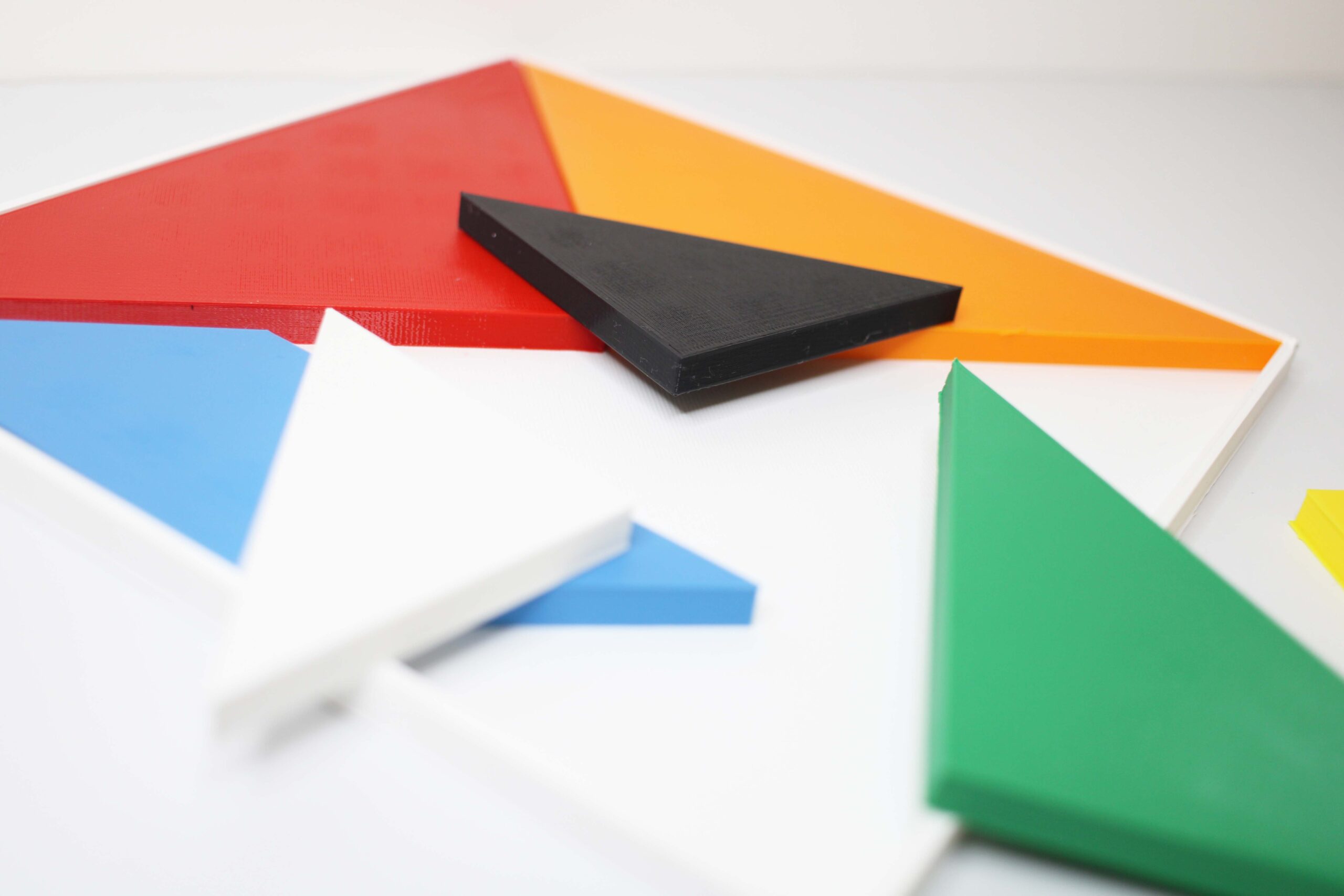 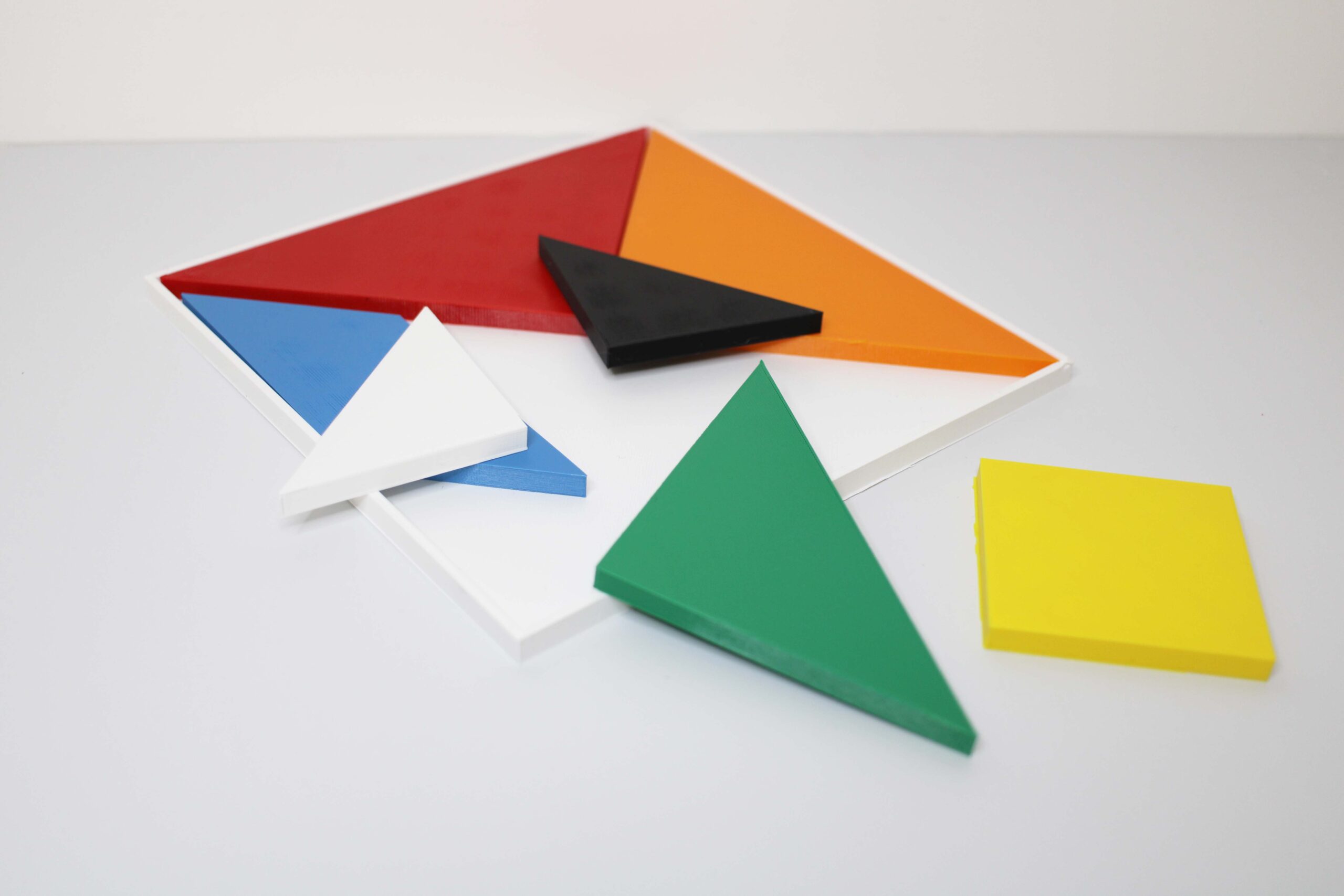 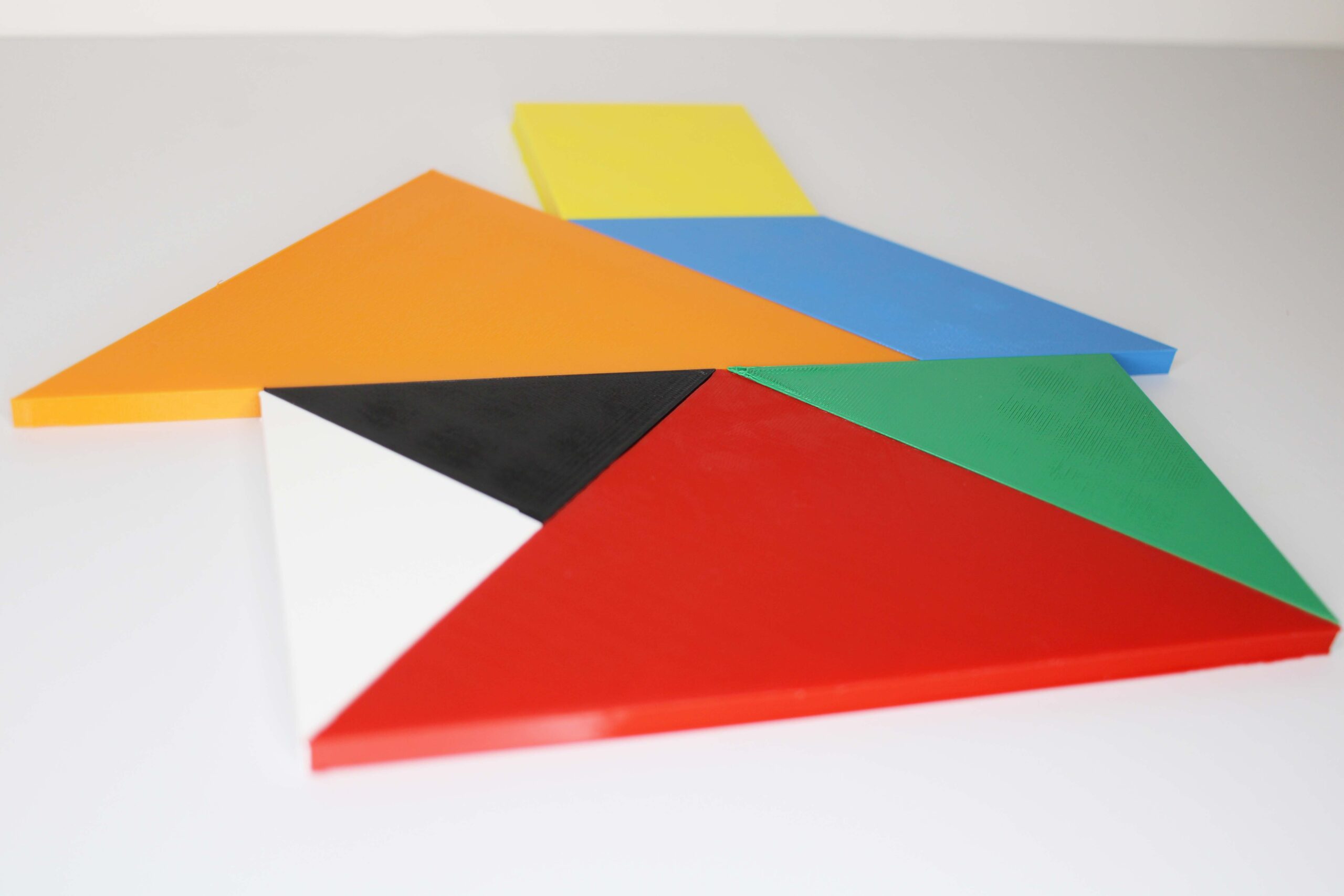 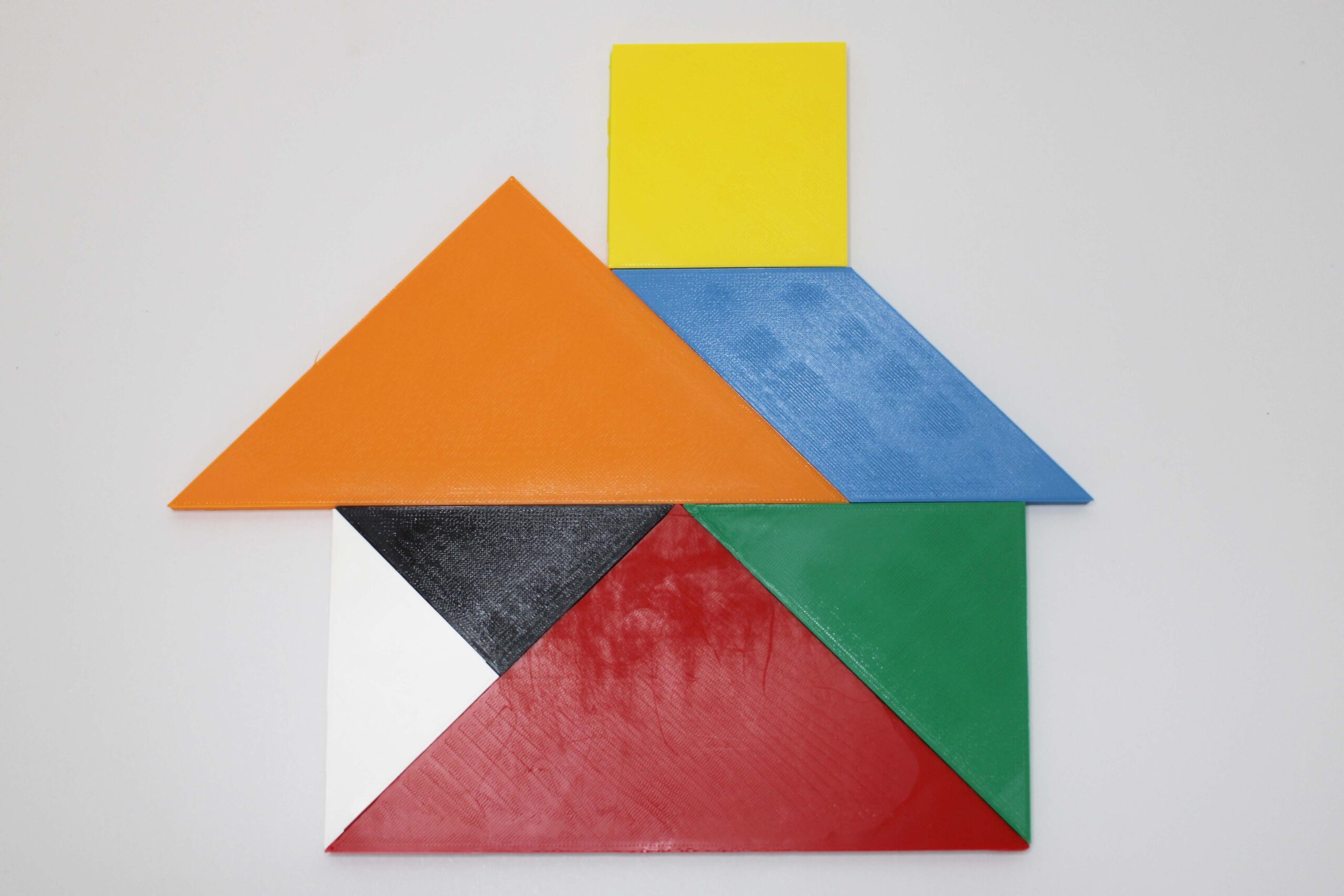 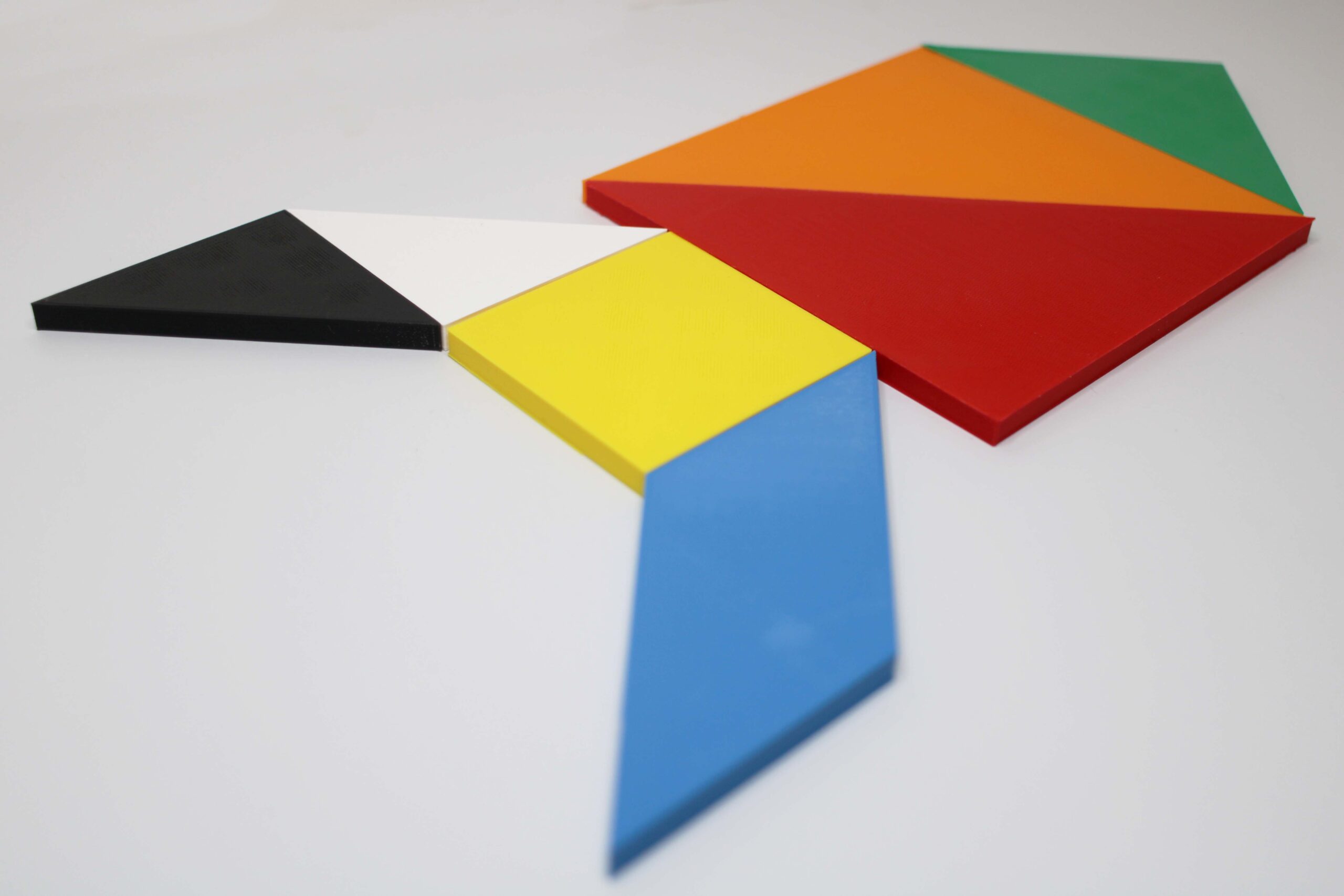 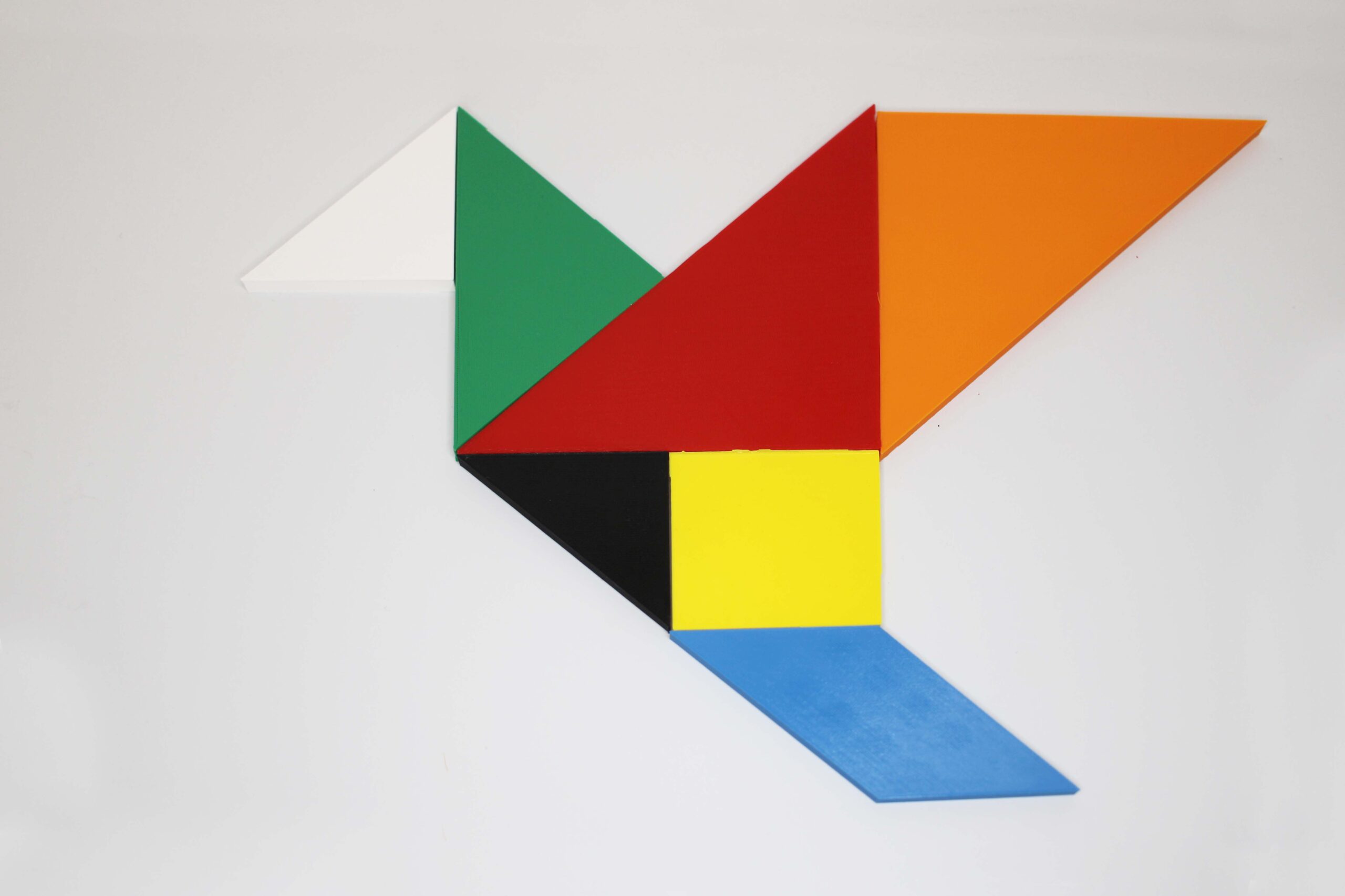 3D printing of the pieces of a conventional tangram game which is a dissection puzzle consisting of seven flat polygons, called tans, which are put together to form shapes, for that the subject has to create different figures or just to solve the tangram (forming the square).

It is possible to compose all kind of schematic and basic figures and forms, and also numbers and letters.

It will be said or shown a specific figure (or even object) and subject will try to form it with the different pieces of the tangram. If the figure is shown initially, it will be covered before starting the task.

It could be used in every stage of dementia, but considering the difficulty.

The facilitator prepares the 7 tangram´s pieces. They give 1 minute to the subject to familiarise with the pieces and after that they mention one of the possibilities (house, candle, boat, fish, helicopter).

The facilitator could select different options to show to the subject, they could show one picture of the object or could form the figure step by step and the subject should remind every of those steps to form the figure. After that example is covered.

The subject could try to form the figure several times, they are expected to use less time with each attempt.

Dementia affects a person’s cognitive functions, self-identity, memory and concentration. It develops gradually and leads to a change of personality. People with dementia have a problem with memory, which leads to recall difficulties and problems with speech, coordination, abstract thinking, concentration, planning, orientation with regard to place and time, frequent mood swings.

This type of exercise will stimulate

It’s an activity to be done with family members or even with formal caregiver. Or even it can be done by the patient by himself or herself. It would help the person to compose forms and simple objects by the pieces of the tangram

This exercise will help in several processes: 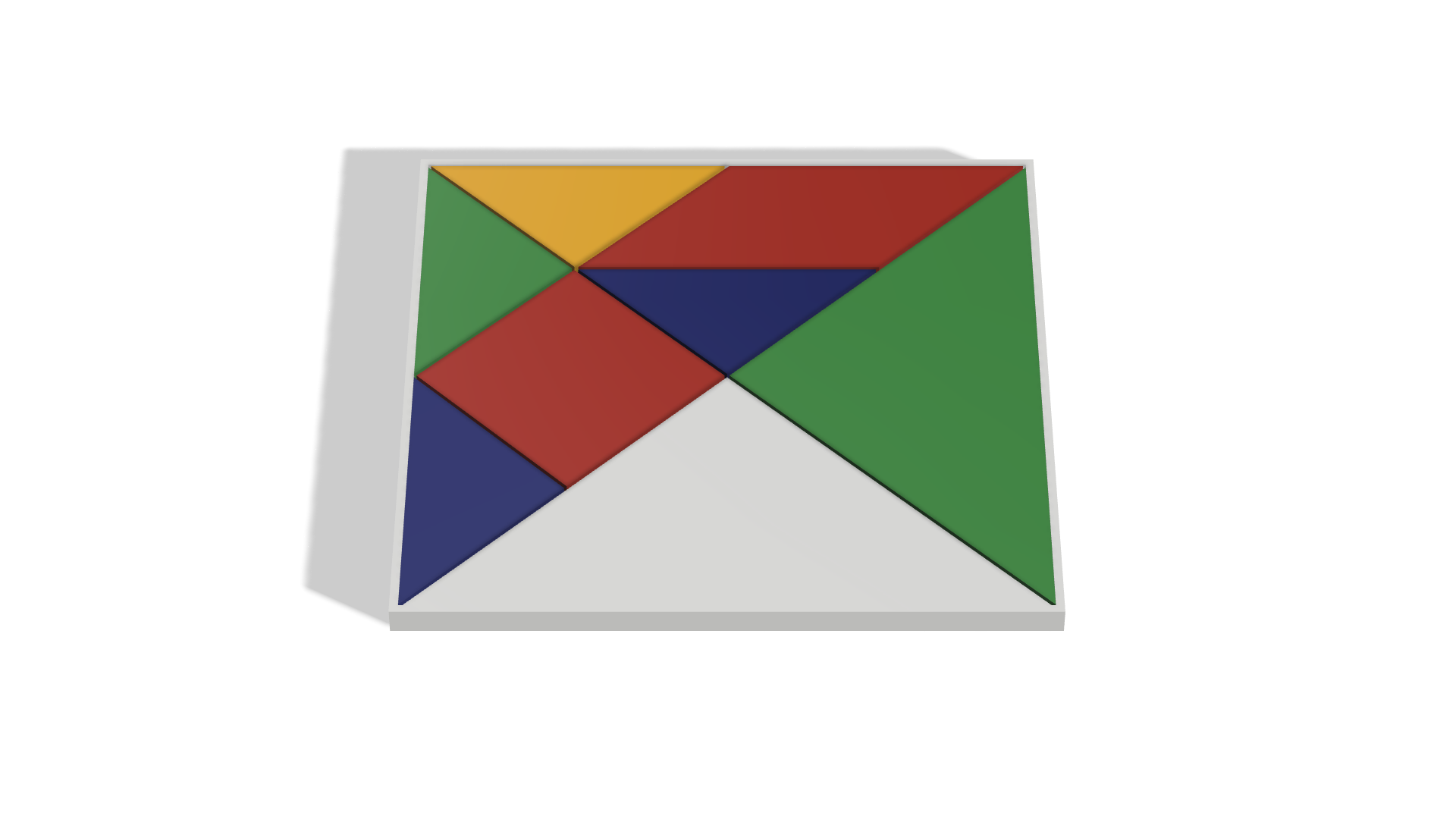 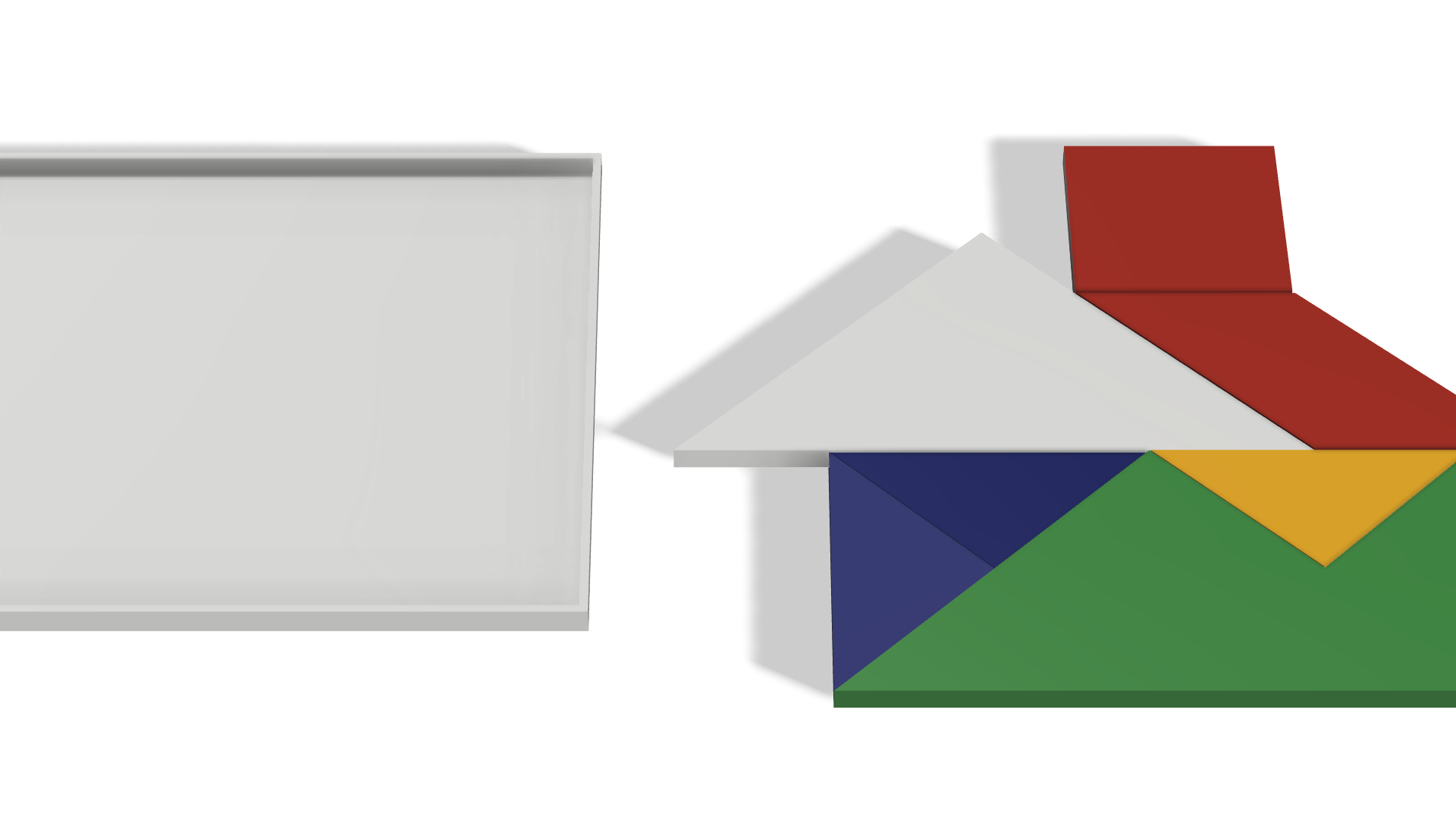 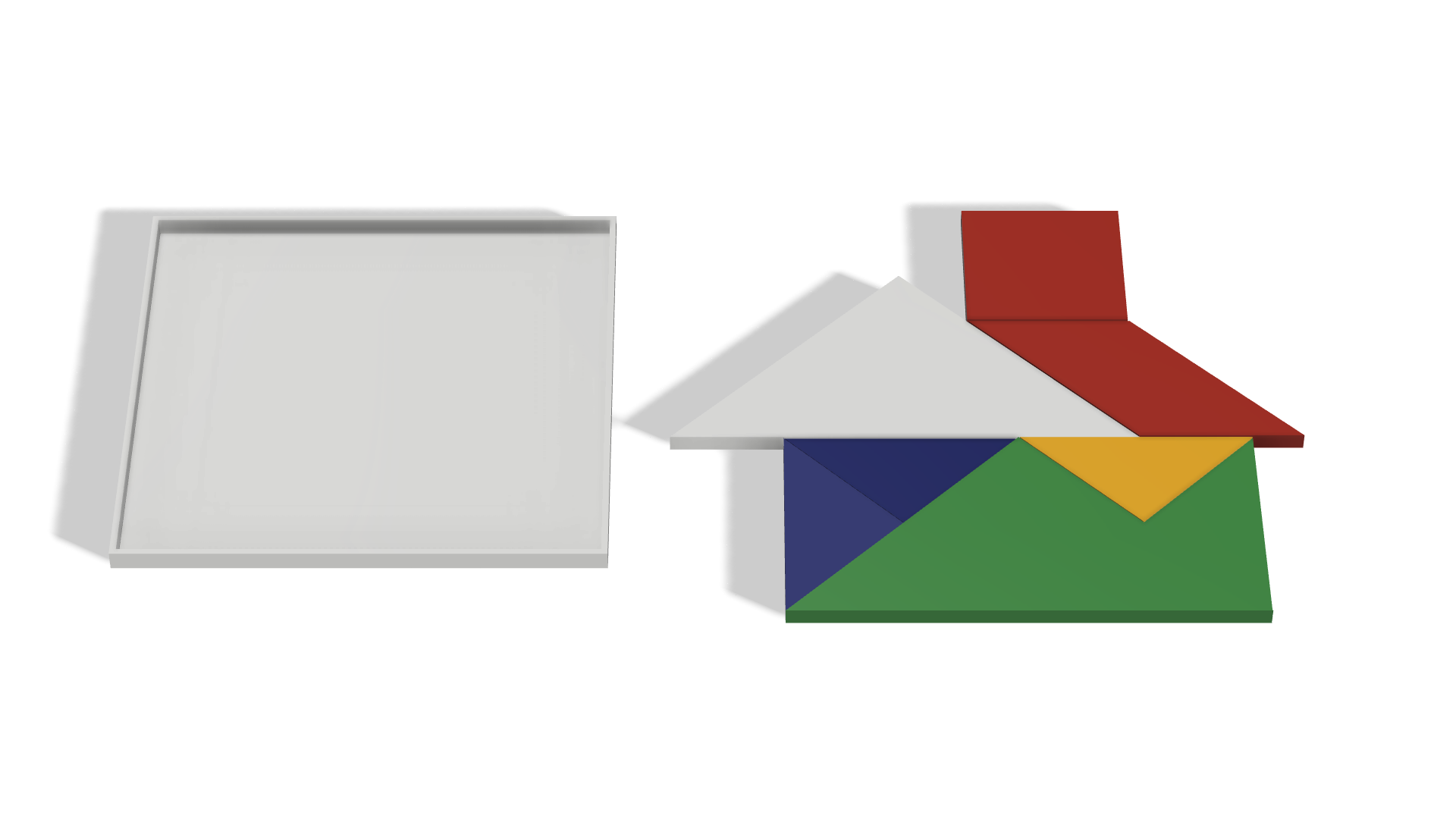 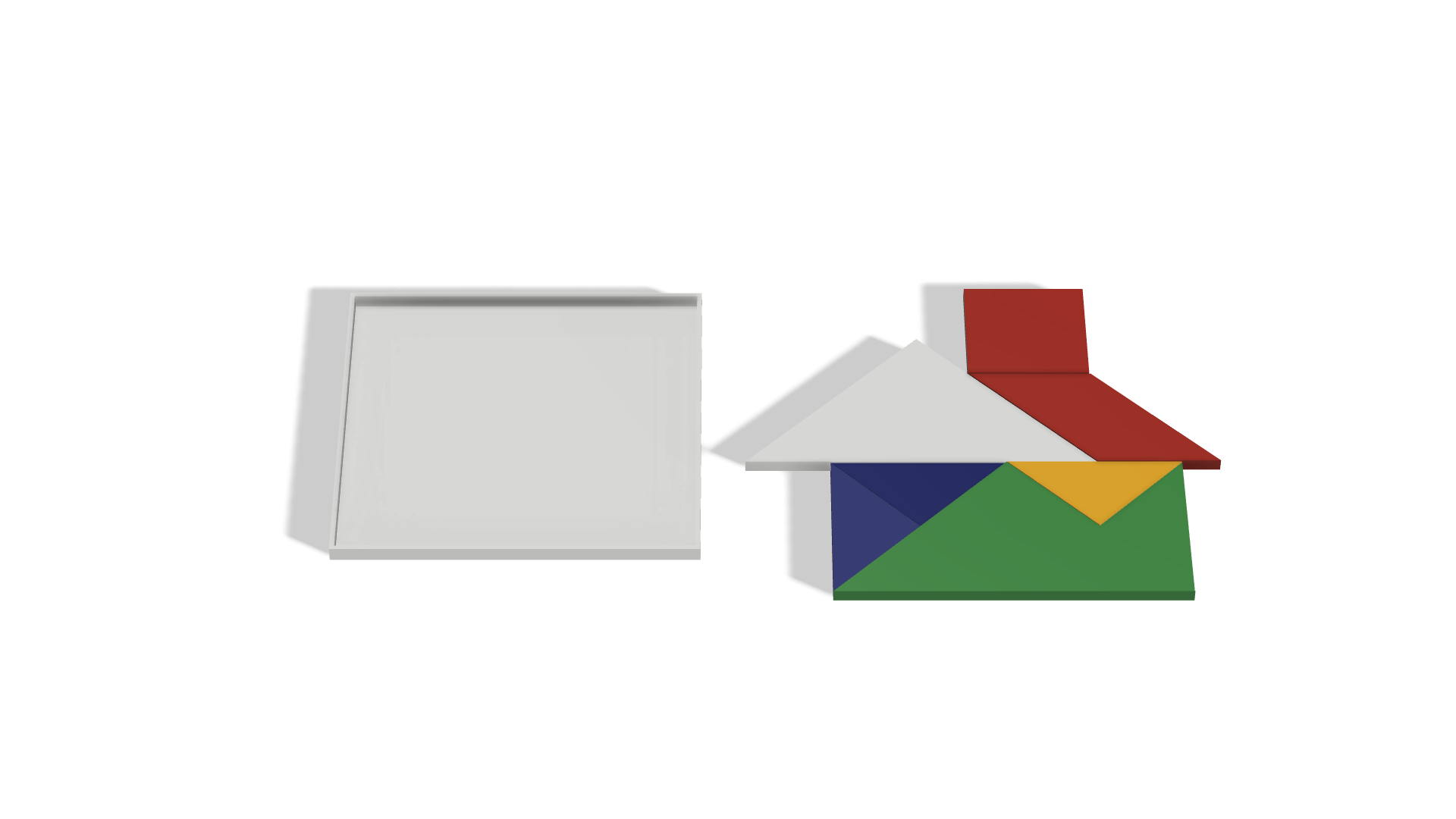 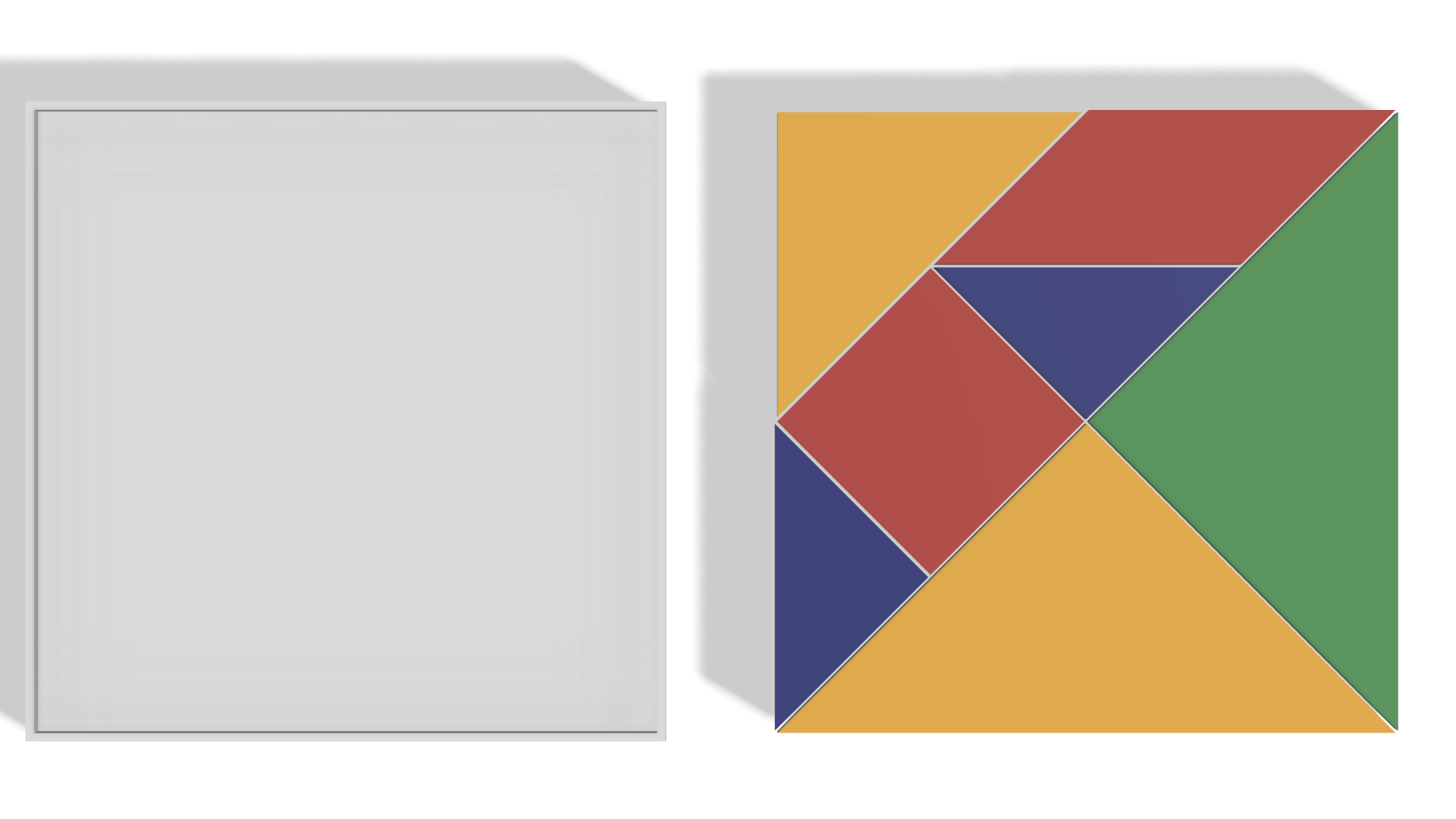